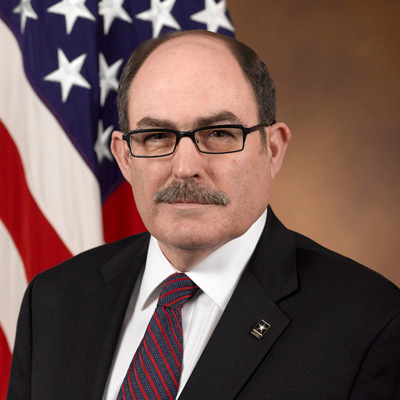 Dr. David E. Johnson is a Principal Researcher at the RAND Corporation. His work focuses on military innovation, land warfare, joint operations, and strategy. Dr. Johnson is also an adjunct professor at Georgetown University where he teaches a course on strategy and military operations and an adjunct scholar at the Modern War Institute at West Point. From June 2012 until July 2014, he was on a two-year loan to the United States Army to establish and serve as the first director of the Chief of Staff of the Army’s Strategic Studies Group for General Ray Odierno.

Before joining RAND, he served as a vice president at Science Applications International Corporation (SAIC) following a twenty-four year career in the US Army, where he served in command and staff positions in the infantry, quartermaster corps, and field artillery branches in the continental United States, Korea, Germany, Hawaii, and Belgium. He retired as a colonel in 1997. His military awards and decorations include the Legion of Merit, Parachutist’s Badge, Ranger Tab, Expert Infantryman’s Badge, Army Staff Identification Badge, the Ancient Order of Saint Barbara, and the Noble Patron of Armor.

He has MA and PhD degrees in history from Duke University. He also has an MMAS from the U.S. Command and General Staff College, an MS from the Industrial College of the Armed Forces, and a BA from Trinity University.

Dr. Johnson is the author or coauthor of numerous books, articles, and reports including:

• The Challenges of the “Now” and Their Implications for the U.S. Army

• Shared Problems: The Lessons of AirLand Battle and the 31 Initiatives for Multi-Domain Battle

• Doing What You Know: The United States and 250 Years of Irregular War

• The U.S. Army and the Battle for Baghdad: Lessons Learned—And Still to be Learned

He is a member of the Council on Foreign Relations and the International Institute for Strategic Studies.

Check out the incredible speaker line-up to see who will be joining Dr. David E..

11:15 AM Addressing The Current Threat And The Indirect Fires Gap Of The US Army