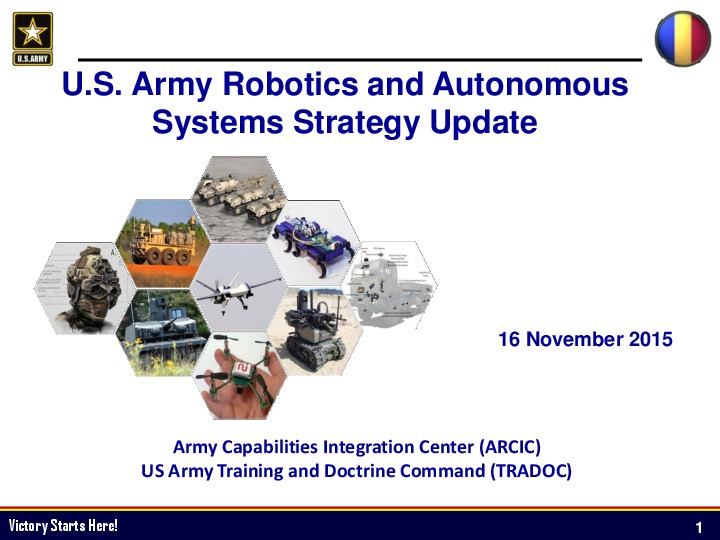 The development of Unmanned Ground Vehicles (UGVs) and tanks is on an "irreversible" track and will soon replace armoured vehicles driven by humans, according to a senior People's Liberation Army speaking to Chinese media.

"Unmanned ground vehicles will play a very important role in future ground combat. Realizing that, we have begun to explore how to refit our armoured vehicles into unmanned ones," said Major General Xu Hang, president of the PLA Academy of Armoured Forces Engineering in Beijing.

"Though we have yet to develop unmanned tanks, I think it is an irreversible trend that computers will gradually replace humans to control those fighting machines."

In a recent survey by Defence IQ, 10% of respondents indicated UGV demand will increase over the next decade. A recent Visiongain report determined that the value of the global Unmanned Aerial Vehicle (UAV) market in 2012 will reach $7.26 billion. If the UGV market followed a similar growth trajectory then clearly demand could soar for these unmanned platforms over the next decade.

At the International Armoured Vehicles conference, Brigadier (Retd) Ben Barry of the International Institute for Strategic Studies (IISS), raised the question of why it is that Unmanned Aerial Vehicles (UAVs) have taken to the floor over the last five to ten years while UGVs remain permanently stuck on the drawing board.

"Unmanned land vehicles is a very difficult field. The world hasn’t yet grasped their potential," said Elbit Systems president and CEO Joseph Ackerman in an interview with Globes last year.

"We haven’t yet been able to persuade potential foreign customers that these vehicles are worthwhile financially, and it should be remembered that land forces are much more conservative than airmen. All they talk about is procuring hundreds of manned armoured vehicles and it hard for them to change their combat doctrine."

Amphibious Capabilities Working Group: Findings and the Way Ahead
2012-03-07
By Christopher Dauer