Few areas in the worlds of national and international security are evolving quite so fast as that of forensic science.

It has long been an essential weapon for local, state and federal authorities in the fight against crime, but its application in the battlefield - both physical and virtual - is a work in progress.

Our armed forces have leveraged forensic capabilities to great success in Iraq and Afghanistan, linking terrorists and criminals to IEDs and other explosive threats. Analysts believe forensics enabled intelligence has had a large and beneficial impact on the effectiveness of the International Security Assistance Force (ISAF) in the battle zone.

But now, with the growing global menace of cyber attacks, forensic scientists are scrambling to stay ahead of the latest digital developments.

The key issues facing the advancement of forensics is the focus of IDGA’s Forensic Enabled Intelligence 2013 event next month.

To synchronize efforts among federal agencies and the armed forces, the Department of Defense established the Defense Forensics Enterprise in late 2011. The following year the Consolidated Forensics Laboratory opened in D.C. at a cost of $210 million.

While all federal departments will feel the impact of automatic budget cuts, the area of forensics may escape much of the fiscal pain inflicted elsewhere.

The Department of Homeland Security is pouring resources into the field. It has after all relied on forensics as a large operational component for agencies such as the FBI, Department of Justice, the Bureau of Alcohol, Tobacco, Firearms and Explosives, plus Customs and Border Protection.

The FBI broke ground for a new Terrorist Explosive Device Analytical Center (TEDAC) in Alabama in July 2012. The costs involved exceeded $125 million and the building is scheduled for completion by February 2014.

The DHS is also pumping $20 million into the area of nuclear forensics, while also increasing the budget for intellectual property protection by $5 million to $40 million for 2013.

There are also budget increases for DOJ’s financial/mortgage fraud division and the Department of Commerce’s NIST (National Institute of Standards and Technology).

But for intelligence analyst Lesley Rockwell, the President of Forensic and Intelligence Services, a key area to be developed is the appliance of intelligence community tools to forensic science.

She told IDGA.org: "I've looked at the problems in forensic science and said, ‘hmm, I think the structured analytic techniques that intelligence analysts use could help solve those.’ Recent research in forensic science has found that a good deal of mistakes are caused, at the root, by cognitive biases, which are exactly what structured analytic techniques were designed to overcome.

"Intelligence analysis can be defined as the process of analyzing national security and intelligence problems in the most accurate manner possible. The result of this process is logical, unbiased intelligence concerning potential future events and probable past events.

"The process requires the appropriate use of structured analytic tools and techniques, which are used to analyze facts gathered through the traditional research process. The facts used in an analytic project should be drawn from as many data sources as is feasible and appropriate, given the project’s time and information constraints.

"Establishing a process for conducting analysis in the forensic science discipline will improve the products that forensic scientists provide to citizens, investigators, prosecutors, and defense attorneys, such as reports or testimony."

But aside from the many security successes brought about by forensic science, there have of course been epic failures down the years. Ms. Rockwell cites the well-publicized 2002 Washington D.C. sniper case as an example of poor judgment.

Forensic profiling techniques predicted that the suspect was a middle-aged white male with military training who was acting alone and driving a white van. The sniper was in fact two black men acting together and driving a blue Chevrolet Caprice. One of the men was indeed middle-aged and had been trained in the military, the other was a teenager.

She cites the Madrid train bombing case, in which the FBI aggressively pursued false leads, as another example of a forensic failure.

Technological and procedural advances, however, have come along way since those days.

IDGA’s Forensic Enabled Intelligence event is being held at Holiday Inn in Alexandria, Virginia, from April 22-24. For more details, go to www.ForensicEnabledIntelligence.com

Everything you Need to Know About the $583 Million Increase in Cybersecurity Fun...
2018-03-29
By Katherine Byrne 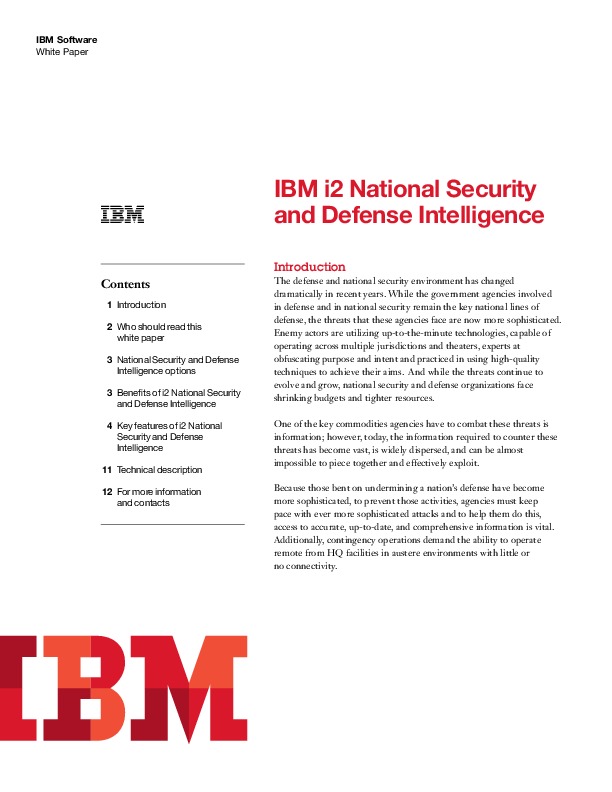