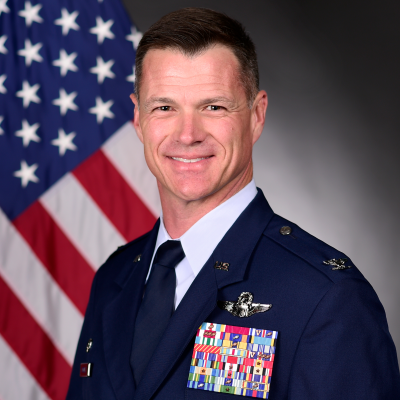 Col. Michael R. Drowley is the Commander of the 355th Wing, Davis-Monthan Air Force Base, Ariz. He is responsible for one of the largest installations and flying operations in the United States Air Force, with 34 mission partners, more than 11,000 Airmen, 150 aircraft and $50 billion dollars in assets. He is responsible for organizing, training and equipping a wing comprised of 20 squadrons, two of which are fighter squadrons. The wing provides A-10 Thunderbolt II aircraft for close air support and forward air control, combat support, and medical forces for combatant commander requirements worldwide. The 355th Wing is also responsible for training A-10C pilots for the entire Total Force and is the Air Combat Command executive agent for Intermediate Range Nuclear Forces and Strategic Arms Reduction Treaty compliance.

2008  Air Command and Staff College, Maxwell AFB, Ala., by correspondence

2008  Master of Advanced Studies in Psychology-Counseling-Leadership, University of Colorado-Colorado Springs

Check out the incredible speaker line-up to see who will be joining COLONEL MICHAEL R..