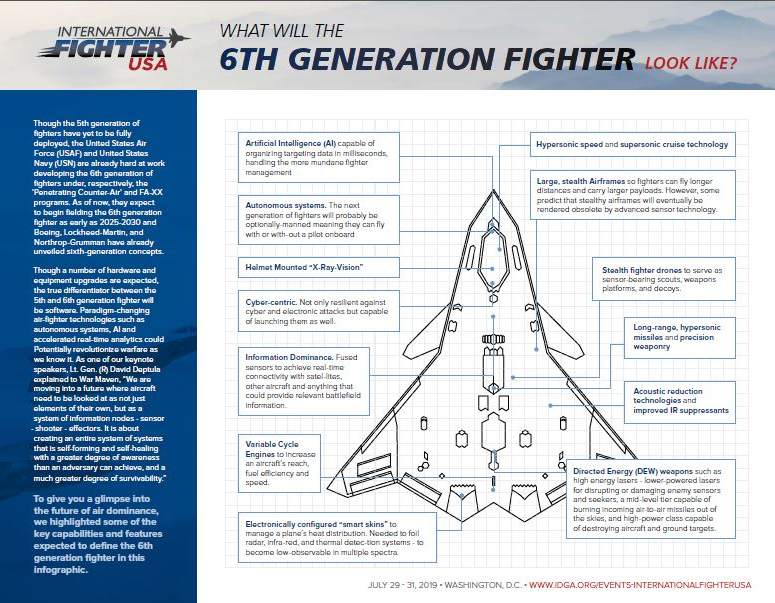 Though a number of hardware and equipment upgrades are expected, the true differentiator between the 5th and 6th generation fighter will be software. Paradigm-changing air-fighter technologies such as autonomous systems, AI and accelerated real-time analytics could potentially revolutionize warfare as we know it. As one of our keynote speakers, Lt. Gen. (R) David Deptula explained to War Maven, “We are moving into a future where aircraft need to be looked at as not just elements of their own, but as a system of information nodes - sensor - shooter - effectors. It is about creating an entire system of systems that is self-forming and self-healing with a greater degree of awareness than an adversary can achieve, and a much greater degree of survivability.”

To give you a glimpse into the future of air dominance, we highlighted some of the key capabilities and features expected to define the 6th generation fighter in this infographic.