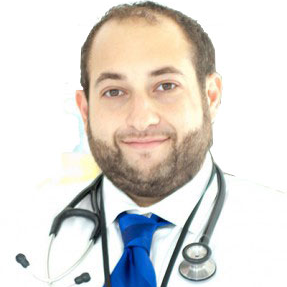 Dr. Vincent Rizzo began his career at Queens Hospital Center as an Internal Medicine Resident in 2006.  He quickly distinguished himself as a dedicated and gifted physician and was asked to serve as Chief Resident in 2009.

As early as his Chief Resident year, Dr. Rizzo was recognized as an emerging physician leader, someone who NYC Health + Hospitals/Queens needed to retain.  Dr. Rizzo began working as a Teaching Hospitalist when he completed his Chief Resident year and since that time he has steadily assumed more and more responsibilities for the care of patients and for the many programs and support services that surround patient care.

Dr. Rizzo, now Associate Director of Medicine and Associate Director of the Internal Medicine Residency Training Program, has been the driving force behind a myriad of important new clinical activities and process improvement initiatives.  Some of his many accomplishments include his serving as the Master Trainer for Patient Centered and Culturally Competent Communication Program and his co-authoring of the Care Pathways for Congestive Heart Failure and Sickle Cell Anemia. He has also been the Process Owner for many significant Breakthrough events, and the clinical lead for the NYS Department of Health MAX Series Program. Dr. Rizzo was also the driving force behind the Department of Medicine’s activities to prepare for their new electronic medical record.

Dr. Rizzo’s many achievements and awards include his being named Attending of the Year in 2012, being listed multiple times by the Consumer Research Council of America as one of America’s Top Doctors, NYC Health + Hospitals Doctor’s Day award in 2016, NYC Health + Hospitals Partners in Care Nurses Week award and his being selected to serve on Dr. Raju’s 2020 Vision Leadership Team.

Check out the incredible speaker line-up to see who will be joining Vincent.