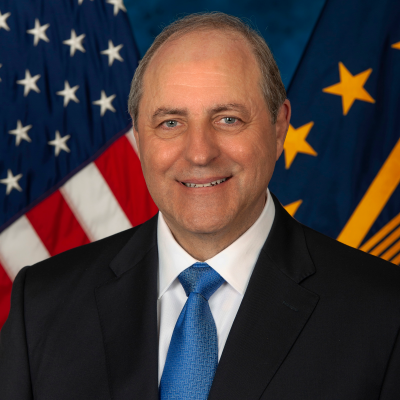 As Vice President of a consulting firm, he has provided services to such organizations as National Federation of the Blind, Roll of Honor Foundation, World War One Centennial Commission, Congressional Medal of Honor Society, American Disabled Veterans Memorial, March of Dimes, National Guard Youth Challenge Foundation, and the National Museum of the US Marine Corps. He assisted the Department of Veterans Affairs in standing up the Center for Acquisition Innovation and the Acquisition Academy, and he created a branding program for the VA Innovation Initiative (VAi2). He also provided public relations and creative communications services for the Department of Defense America Supports You campaign – aimed at generating public and corporate support for U.S. troops in Iraq and Afghanistan. Mr. Michaud served as Creative Director of Rapp Collins Worldwide, the world’s largest direct marketing firm at the time, and was Chief Marketing Officer for Memberdrive, a cause marketing company that formed collaborative fundraising relationships between national nonprofits and commercial marketers.

With actor Jeff Bridges and other celebrities, Mr. Michaud founded the End Hunger Network, a nonprofit organization focused on raising public awareness about childhood hunger through innovative campaigns, participation and utilization of celebrities and the entertainment community. He established the U.S. Presidential End Hunger Awards, a White House ceremony honoring “hunger heroes,” in coordination with USAID. He was associate producer of the Live Aid Concert – the first and largest global televised music event that reached more than 1.5 billion people worldwide, raising $145 million for hunger relief during the 16-hour broadcast.

2:45 PM Effective Communication with Patients in the Age of COVID-19

The VA Office of Communications is deeply involved in pushing out messaging to vet patients and does so through social media, email, apps such as the MyHealthyVet portal, telehealth services and other tools. This session will focus on the lessons learned by the Communications office in rolling out COVID-19 messaging, with a focus on how unique messaging is necessary to allay the fears and specific needs of the veteran community during COVID-19.

Check out the incredible speaker line-up to see who will be joining Gerald.