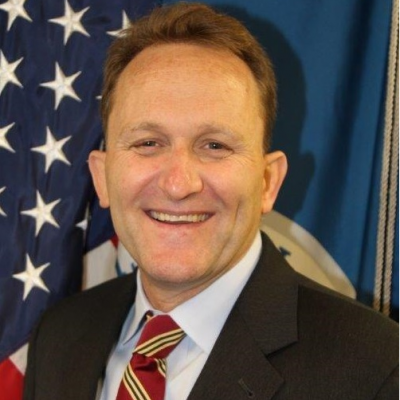 Mr. Gary Hickey is the Executive Director of the Department of Homeland Security (DHS) Office of Selective Acquisitions (OSA) within the Office of the Chief Procurement Officer (OCPO) where he leads the execution of classified and sensitive acquisitions for several DHS customers across the headquarters and component organizations.

Prior to his current position he also served as the Deputy Director of the Office of Procurement Operations (OPO).  In this capacity he assists in overseeing the activities of an acquisition workforce that obligates nearly $5 billion annually in support of DHS Headquarters customers and their broad range of missions. He joined OPO in 2007 and has held a variety of positions within the organization.  Mr. Hickey completed 20 years of active duty in the United States Army and has over 19 years of federal acquisition experience.  Prior to joining the Department of Homeland Security, he served in various management and leadership positions within the Department of Defense.

Mr. Hickey began his public service career in 1985 after graduating from Western Carolina University and becoming a commissioned Second Lieutenant in the U.S. Army.  As a U.S. Army Corps of Engineer Officer, he served in a variety of assignments throughout the continental United States and Central America.  He served as a Contract Specialist at the National Training Center and Defense Contract Management Agency.  In 1999, Mr. Hickey served as the Director of the Contracting Office for United States Army South in Panama.  Toward the end of his military career, he served as an Inspector General with the Army Material Command.

Check out the incredible speaker line-up to see who will be joining Gary.