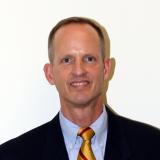 Since January 2006, Mr. Hynes has served as a policy analyst and acquisition-intelligence support working at Headquarters, Department of the Army.

Bachelor of Arts with honors in Philosophy from Knox College, Galesburg, Illinois.

He is a graduate of the Command and General Staff College.

Check out the incredible speaker line-up to see who will be joining Dwayne.