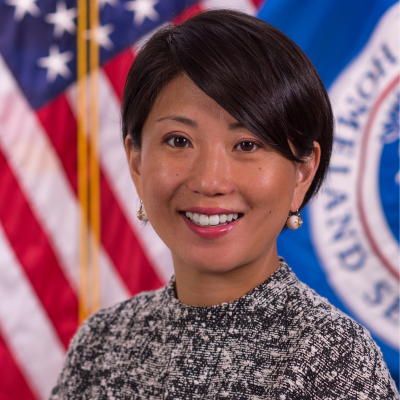 Alice Hong is the Laboratory Director of the National Urban Security Technology Laboratory (NUSTL), a government-owned and government-operated laboratory of the U.S. Department of Homeland Security’s Science & Technology (S&T) Directorate.

Ms. Hong leads NUSTL in the development, evaluation and transition of homeland security technologies into field use by law enforcement, fire and other emergency response agencies. Ms. Hong is a critical proponent of NUSTL’s mission to serve state and local first responders and has both established and sustained strength in partnerships within the homeland security community.

Prior to joining NUSTL in February 2008, Ms. Hong was the Special Projects Manager in the Human Factors Division, the Deputy Director of the former Homeland Security Advanced Research Projects office, as well as the Special Projects Lead for the former Office of Systems Engineering and Development, all within DHS S&T. In addition, she previously worked in the Economic & Valuation Services practice at KPMG, a U.S. audit, tax and advisory services firm and at The World Bank in its Development Economics Research Group and World Bank Institute.

Ms. Hong earned a Master of Public Policy (MPP) degree from Georgetown University and a Bachelor of the Arts (BA) degree in Government from University of Maryland College Park. She is also a Senior Fellow in the Partnership for Public Service’s Excellence in Government program.

NUSTL serves the state and local first responder community by ensuring they have effective technologies and tools to prevent, protect against, respond to and recover from homeland security threats and hazards.
-Test and evaluation of first responder technologies
-Enabling the deployment of operationally relevant solutions
-Equipping first responders with the knowledge to make informed technology decisions

Check out the incredible speaker line-up to see who will be joining Alice.