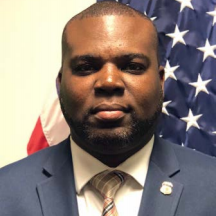 Mr. Hillary Hodge Jr. is currently the Section Chief with the Department of Homeland Security (DHS) Immigration and Customs Enforcement (ICE), Homeland Security Investigations (HSI), International Operations, with oversight of the HSI Transnational Criminal Investigative Units (TCIU) in 13 countries, and Biometric Identification Transnational Migration Alert Program (BITMAP) in 18 countries around the world. Mr. Hodge was previously the Country Attaché in Nairobi, Kenya and coordinated HSI investigations in 15 countries in East, Central and Western Africa. The investigation involved transnational criminal organizations in the region with a nexus to the United States. Additionally, Mr. Hodge worked with host country law enforcement partners to build their capacity to investigate transnational criminal organizations involved in money laundering, wildlife trafficking and other crimes in the region. Mr. Hodge also formed the first TCIU and BITMAP Operations on the continent of Africa to address transnational crime as it relates to corruption. Prior to Mr. Hodge's assignment in Nairobi, Kenya, Mr. Hodge was the Resident Agent in Charge in St. Thomas, United States Virgin Islands. During his tenure as the Resident Agent in Charge, Mr. Hodge supervised criminal investigators and support staff conducting investigations that involved a wide array of investigative categories which include drug smuggling, money laundering and crimes against children. Mr. Hodge was also a member of the District of the Virgin Islands US Attorney’s Anti-Corruption Task Force, the Federal Bureau of Investigations Joint Terrorism Task Force and the Virgin Islands Crimes Against Children Committee. Mr. Hodge has more than 30 years of combined military and federal law enforcement experience with the United States Army, the United States Customs Service, and currently the Department of Homeland Security.

9:45 AM How HSI is currently utilizing various types of Biometric and cutting edge technologies to aid in our investigations

Check out the incredible speaker line-up to see who will be joining Hillary.