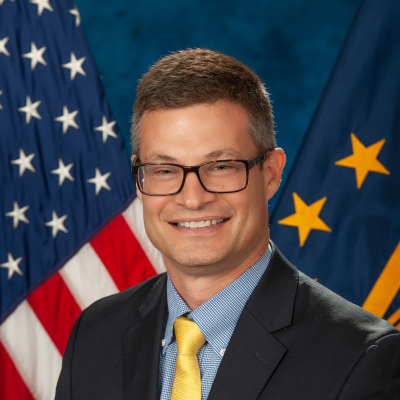 Matthew A. Miller, PhD, MPH Director, Suicide Prevention Program Office of Mental Health and Suicide Prevention U.S. Department of Veterans Affairs Dr. Matthew Miller is the Director, Suicide Prevention Program for the U.S. Department of Veterans Affairs. In March 2020, Dr. Miller was sworn in as a Senior Executive and appointed officially as the Director, Suicide Prevention Program for VHAs Office of Mental Health and Suicide Prevention (OMHSP) after serving as the Acting Director since June of 2019. Dr. Miller leads a team of 70+ FTE dedicated to the implementation and reinforcement of evidence-based community and clinical interventions addressing suicide prevention, intervention, and postvention for 19 million Veterans, nationwide and 140+ VA healthcare systems. Dr. Miller previously served as the Director of the Veterans and Military Crisis Line (VMCL) and was privileged to oversee extensive growth, including the creation of a third call center and increased staffing to 900+ full-time employee. Under his leadership, the VCL became the world’s largest and most efficient suicide crisis call center. Prior to joining the VMCL, as Director, Dr. Miller served at the local VA facility level as the Deputy Chief of Staff for the Saginaw (MI) VA Medical Center, as well as the Chief of Mental Health. Dr. Miller received his PhD from Michigan State University and his MPH from the University of Michigan. Dr. Miller also served as an Officer and Clinical Psychologist with the United States Air Force. He completed his professional Residency in Clinical Psychology at Wright-Patterson Air Force Base Medical Center. He served as a Chief of Mental Health at a Joint Services Pilot Training Wing, overseeing outpatient mental health operations for all Active Duty members and dependents within the installation community, and as head of the Installation’s suicide prevention; alcohol & drug demand reduction; critical incident response; and family advocacy programs. Dr. Miller was awarded the USAF’s 71st FTW “Cutting Edge Award” for the development of a cross disciplinary clinical treatment protocol and program that reduced pilot washout rates secondary to complicated airsickness to less than 1 percent. Dr. Miller was awarded the Air Force Commendation Medal for service rendered as part of the War on Terrorism.

As the top clinical priority for the VA, one requiring an all of Government approach to enable, preventing Veteran suicides is the top priority. With massive efforts across the Federal Government to prevent Veteran Suicide, our speaker will provide a strategic overview of the planning and oversight of suicide prevention, intervention, and postvention programs and policies applied to community and clinically based settings within a public health paradigm.

Check out the incredible speaker line-up to see who will be joining Matthew A..