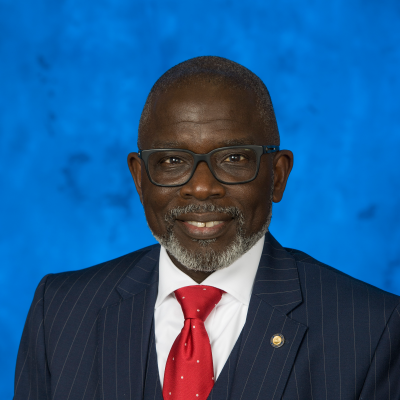 Department of Veterans Affairs Biography Dennis May Center for Minority Veterans Deputy Director Dennis O. May was assigned as Deputy Director, Center for Minority Veterans in October 2017. He previously served as Deputy Director, Central Office Human Resources Service and Deputy Director, Veteran Employment Services Office. Mr. May came to VA after a successful career in the Air Force, where he retired in the grade of Colonel, in 2007. He was commissioned in 1981 as a graduate of the Air Force ROTC program at the University of Arkansas, earning a Bachelor of Science degree in public administration. He later earned a Master of Science degree in public administration from Central Michigan University and a Master of Science in Human Resources Management from Strayer University. He is also a 2013 graduate of the Federal Executive Institute’s Leadership for a Democratic Society. While on active duty, Mr. May held a variety of key assignments in administration, manpower and personnel career fields. He served on the Air Staff, at Joint Commands and at Major Command levels. He commanded the 17th Mission Support Squadron, Goodfellow Air Force Base, Texas, which was twice named best mission support squadron in Air Education and Training Command. He served in the Pentagon as Director of the Headquarters Air Force Executive Secretariat, as well as Chief of Personnel Issues for the Secretary of the Air Force's Executive Issues Team. Mr. May’s military awards and decorations include the Legion of Merit, the Defense Meritorious Service Medal, Meritorious Service Medal, Air Force Commendation Medal and Global War on Terrorism Service Medal. He also earned "Best in the Air Force" recognition as Air Force Senior Personnel Manager of the year for 2000.

Check out the incredible speaker line-up to see who will be joining Dennis O..