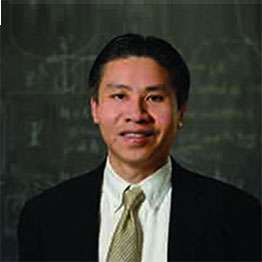 rac D. Tran S’94-M’98-SM’08 received the B.S. and M.S. degrees from the Massachusetts Institute of Technology, Cambridge, in 1993 and 1994, respectively, and the PhD degree from the University of Wisconsin, Madison, in 1998—all in Electrical Engineering.

In July of 1998, Dr. Tran joined the Department of Electrical and Computer Engineering, The Johns Hopkins University, Baltimore, MD, where he was recently promoted to the rank of Professor. His research interests are in the field of digital signal processing, particularly in sparse representation, sparse recovery, sampling, multi-rate systems, filter banks, transforms, wavelets, and their applications in signal analysis, compression, processing, and communications. His pioneering research on integer-coefficient transforms and pre-/post-filtering operators has been adopted as critical components of Microsoft Windows Media Video 9 and JPEG XR – the latest international still-image compression standard ISO/IEC 29199-2.

Check out the incredible speaker line-up to see who will be joining Trac.