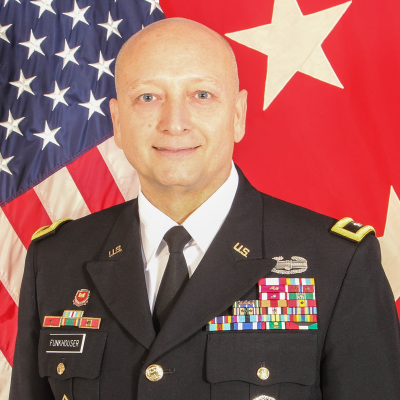 Deputy Commanding General for Military and International Operations US Army

Major General Anthony C. Funkhouser assumed responsibility as the Deputy Commanding General for Military and International Operations, Headquarters, U.S. Army Corps of Engineers in Washington, DC on July 31st, 2017. He is responsible for policy, programming, and technical support in the execution of more than $18 billion of design, construction, and environmental programs for the U.S. Army, the U.S. Air Force, other Department of Defense and Federal agencies, and foreign countries.

Check out the incredible speaker line-up to see who will be joining Major General Anthony C..