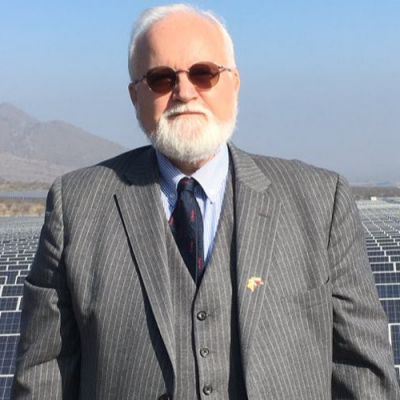 Dr. Paul Sullivan has been a full professor at the National Defense University (NDU) since July 1999. At NDU he has taught economics, industry analytics, about the energy industry, and electives on economic warfare, Iran, Iraq, the Islamic world, and natural resources and international security. He has run crisis, national security and national mobilization exercises. He ran the Middle East, and the North Africa and Levant Regional Security Studies.  Professor Sullivan has been a primary faculty adviser at NDU to flag officers from the Middle East and North Africa, South Asia, Sub-Saharan Africa, Latin America, Europe, South Asia, Argentina and Northeast Asia while at NDU. Dr. Sullivan has been part of the leadership and faculty of the award-winning NDU Energy Industry Study for 15 years.

He has run field studies related to the energy, environment and agribusiness industries in Tanzania, Egypt, Morocco, Spain, Iceland, Ireland, Sweden, Norway, Belgium, France, Greece, Turkey, the UAE, Qatar, Australia, Japan, Mongolia, China, Chile, and throughout the United States as part of his duties at NDU. He was an Adjunct Professor of Security Studies at Georgetown University, where he taught classes on global energy and international security (which include analyses of energy and security issues for the EU, Russia, the Middle East and North Africa, Sub-Saharan Africa, India, China, Japan, Southeast Asia, Australia, the United States, Chile, Venezuela, Canada, and the Arctic.) for over 14 years. He taught a course on natural resources and international security for Georgetown’s STIA department for many years.

He is a Distinguished International Fellow at the National Council of U.S. Arab Relations and an Adjunct Senior Fellow for Future Global Resource Threats at the Federation of American Scientists. Dr. Sullivan has been involved in the energy work at the UNCTAD with a focus on Africa. He also has been part of very exclusive energy meetings at Windsor Castle in the UK over the past three years. He was a senior fellow at the EastWest Institute, and a VP at the UN Association of the National Capitol Area. He was on high-level working groups on Iraq, Iran, Libya and the Marshall Plan for the Middle East for the Atlantic Council. He was on high-level working groups on Iraq, the Tigris and Euphrates, and Syria for PILPG. Dr. Sullivan was a quiet part of the debate on the Iraq war from 2002 onward. He was an SME for high-level working groups at CNA related to water and energy. He has been on speaking panels, working groups, issues projects and games in many of the top think tanks and for very high-level government meetings for many years. He spoke on nuclear non-proliferation at the UN for the EastWest Institute.

Dr. Sullivan has been advising senior leadership in government and the military on economic, energy, water, extremism, US-Islamic, US-Arab and US-Iran relations, the Middle East and North Africa, East Asia, South Asia and other economic and security issues for decades. He has been interviewed 1000s of times by the media on five continents on multiple issue. He is extensively published (over 300 articles) on a wide variety of issues. He has given hundreds of public, academic and policy talks throughout the world over his nearly four decade career.

He takes a practical view on issues and can explain possible solutions, as well as develop the right questions, in everyday language. He is known for his discretion. A selected list of his publications and other activities can be found at: https://www.linkedin.com/in/drsullivenergy.

Check out the incredible speaker line-up to see who will be joining Dr. Paul.