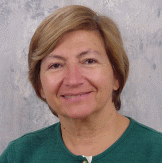 Prof. Sycara has given numerous invited talks, and has authored or co-authored more than 300 technical papers dealing with Multiagent Systems, Software Agents, Agents Supporting Human Teams, Multi-Agent Learning in Cooperative and Adversarial Environments, Web Services, the Semantic Web, Human-Agent Interaction, Negotiation, Case-Based Reasoning and the application of these techniques to crisis action planning, scheduling, manufacturing and financial planning and e-commerce. She has led multimillion dollar research effort funded by DARPA, NASA, AFOSR, ONR, AFRL, NSF and industry. Through an ONR MURI program and though the COABS DARPA program, Prof. Sycara's group has developed the RETSINA multiagent infrastructure, a toolkit that enables the development of heterogeneous software agents that can dynamically coordinate in open information environments (e.g. the Internet). RETSINA has been used in multiple applications including supporting human joint mission teams for crisis response; creating autonomous agents for situation awareness and information fusion; financial portfolio management, negotiations and coalition formation for e-commerce, and coordinating robots for Urban Search and Rescue. Prof. Sycara is one of the contributors to the development of OWL-S, the Darpa-sponsored language for Semantic Web services, as well as matchmaking and brokering software for agent discovery, service integration and semantic interoperation.

Prof. Sycara has served as the Program Chair of the Second International Semantic Web Conference (ISWC 2003), as General Chair of the Second International Conference on Autonomous Agents (Agents 98), as the Chair of the Steering Committee of the Agents Conference (1999-2001), as the Scholarship chair of AAAI (1993-1999) and as a member of the AAAI Executive Council (1996-99). From 2001-2003 she served as Invited Expert of the W3C (the World Wide Web Consortium) Working Group on Web Services Architecture and is currently a member of the OASIS Technical committee on the development of UDDI (Universal Description and Discovery for Interoperability) software which is an industry standard.

Prof. Sycara is a founding member and member of the Board of Directors of the International Foundation of Multiagent Systems (IFMAS). She is a founding member of the Semantic Web Science Association, and serves as the US co-chair of the US-Europe Semantic Web Services Initiative. She is a founding Editor-in-Chief of the journal "Autonomous Agents and Multiagent Systems"; an Editor-in-Chief of the Springer Series on Agents; on the Editorial Board of the Kluwer book series on "Multiagent Systems, Artificial Societies and Simulated Organizations"; the Area Editor for AI and Management Science of the journal "Group Decision and Negotiation". She also serves on the editorial board of the journal "Agent Oriented Software Engineering", "Web Intelligence and Agent Technologies", "Journal of Infonomics", "Fundamenda Informaticae", and "Concurrent Engineering: Research and Applications". She has served on the editorial board of the "ETAI journal on the Semantic Web" (1998-2001), on the Editorial Board of "IEEE Intelligent Systems and their Applications" (1992-1996), and "AI in Engineering" (1990-1996).

Check out the incredible speaker line-up to see who will be joining Dr. Katia.