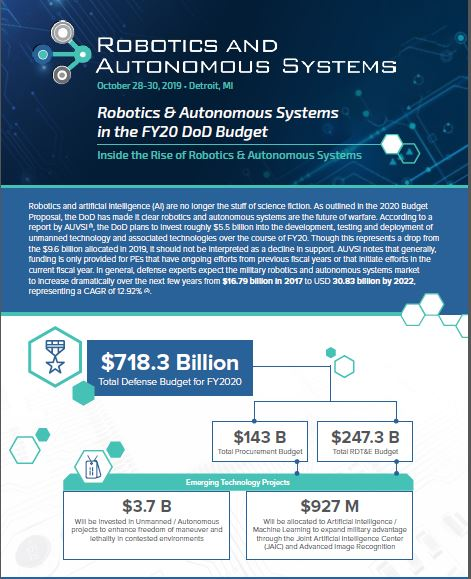 Robotics and artificial intelligence (AI) are no longer the stuff of science fiction. As outlined in the 2020 Budget Proposal, the DoD has made it clear robotics and autonomous systems are the future of warfare. According to a report by AUVSI, the DoD plans to invest roughly $5.5 billion into the development, testing and deployment of unmanned technology and associated technologies over the course of FY20.

In this infographic, we break down where the $5.5b in robotics and autonomous system funding is going and how these investments will support the DoD's long-term strategic goals.