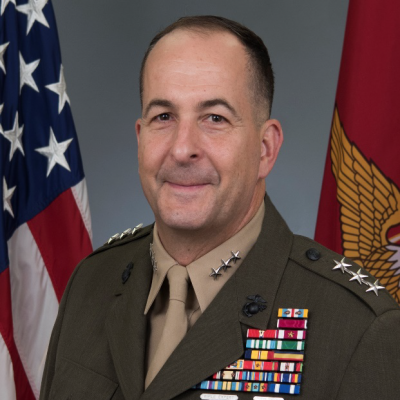 Lieutenant General O'Donohue graduated from the College of William and Mary with a Bachelor of Arts in History and was commissioned in 1984.

He is a distinguished graduate of the Naval Postgraduate School, Amphibious Warfare School, School of Advanced Warfighting, and National War College. He has Masters of Science Degrees in Management and National Security Strategy.

He is married to the former Kathleen (“Rani”) Pinch and they have seven children.

Check out the incredible speaker line-up to see who will be joining Lt General Daniel.

9:00 Changing the nature of warfare in order to integrate all domains

In order to effectively defeat our adversaries we must utilize all of our resources & thus commit to operationalizing and integrating all service branch strategies.
-Identifying the amount of available resources
-Creating simultaneity and connecting operations
-Achieving cross domain synergy