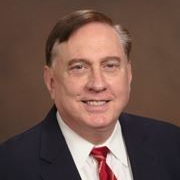 Douglas Macgregor is a decorated combat veteran, the author of five books, a PhD and the executive VP of Burke-Macgregor Group LLC, a defense and foreign policy consulting firm in Reston, VA.  He was commissioned in the Regular Army in 1976 after 1 year at VMI and 4 years at West Point.  Macgregor retired as a Colonel in 2004.  He holds an MA in comparative politics and a PhD in international relations from the University of Virginia.

Macgregor is widely known inside the U.S., Europe, Israel, China and Korea for both his leadership in the Battle of 73 Easting, the U.S. Army’s largest tank battle since World War II, and for his ground breaking books on military transformation: Breaking the Phalanx (Praeger, 1997) and Transformation under Fire (Praeger, 2003).  His book, Warrior’s Rage: The Great Tank Battle of 73 Easting (Naval Institute Press, 2009) describes the 1991 action for which he was awarded a Bronze Star with “V” device for valor.  His books have been translated into Chinese, Hebrew and Korean.  His fifth book, Margin of Victory: Five Battles that Changed the Face of Modern War, is currently available from Naval Institute Press. http://www.usni.org/store/books/history/margin-victory

Macgregor taught in the Department of Social Sciences at West Point, commanded the 1st Squadron, 4th Cavalry, and served as the Director of Strategic Planning and, subsequently, the Joint Operations Center at SHAPE November 1998 to January 2000. He was awarded the Defense Superior Service medal for his role in the Kosovo Air Campaign.  In January 2002, Secretary of Defense Donald Rumsfeld insisted that General “Tommy” Franks meet with, Colonel Macgregor on 16-17 January 2002 to hear Macgregor’s concept for the attack to Baghdad.  Though Macgregor’s offensive concept assumed the rapid restoration of control to the Iraqi Army and no occupation his offensive scheme of maneuver was largely adopted.

Macgregor has worked as a consultant for the Office of the Secretary of the Navy, the Joint Staff, Bell Laboratories, and Raytheon Corporation on strategic roadmaps and the integration of disruptive technologies.  He has testified as an expert witness before the Senate and House Armed Services Committees and appears with Tucker Carlson on Fox.

Check out the incredible speaker line-up to see who will be joining Douglas.

This is the year for MDO 2.0. The Multi domain operations doctrine has been around since the 1980s and with adequate battle management strategies, we can move concept into reality by fully understanding individual and convergent impacts of each domain.
-Driving the Multi Domain Operation Concept
-Converging operations in the modern era: utilizing existing technologies for tactical, operational and strategic success
-Identifying gaps in MDO 2028