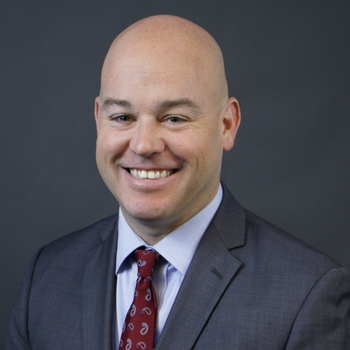 Jeffrey Edmonds is an expert on Russia and Eurasia. His research focuses on the Russian military, foreign policy, Russian threat perceptions, and Russian information and cyber operations.

Most recently, Edmonds served as the Director for Russia on the National Security Council and acting Senior Director for Russia during the 2017 presidential transition. While on the NSC, Edmonds advised the president and his senior staff on Russia-related national security topics including the Ukraine and Syria crises, Russian military, foreign policy, threat perceptions, and information operations. Edmonds was also the lead director during a review of the United States policy towards Russia, culminating in a presidentially approved strategy that had global impact.

Prior to the NSC, Edmonds served as a military analyst with the Central Intelligence Agency, covering Eurasian militaries. He has served in the U.S. Army on both active duty and the reserves for 22 years, with tours in Iraq and Afghanistan.

Edmonds holds an M.P.A. from Harvard's Kennedy School of Government, an M.A. from Boston University in Religious Studies, and a B.S. from the United States Military Academy at West Point. He has a working knowledge of Russian.

9:00 AM Understanding the Concept of A2/AD on the Eastern European Front

This session will highlight the concept of A2/AD as it relates to Eastern European front, compared to that of our Western concept.
• Challenging the concept of domain centric operations
• Understanding the radar concepts of Russian and regional fronts
• Russian radar developments and strategic aims

Check out the incredible speaker line-up to see who will be joining Jeffrey.