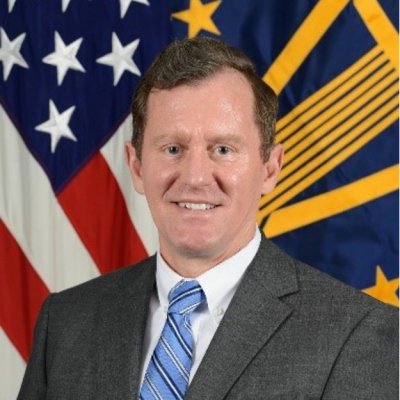 Mr. James "Jim" A. Faist is the Director of Defense Research and Engineering for Advanced Capabilities, reporting directly to the Under Secretary of Defense Research and Engineering within the Office of the Secretary of Defense. Jim directs an organization whose mission is to recognize, explore, and accelerate the development and integration of new technology to maintain U.S. technological superiority. He is responsible for establishing a Department of Defense joint mission engineering capability, oversight of developmental testing and test facilities as well as demonstration and validation of technology prototype and rapid fielding activities. Jim serves as the mission area advisor for warfighter portfolios in hypersonics, space, autonomy, and networked command, control, and communication architectures. He also provides independent technical risk assessments of major acquisition programs.

Jim has an extensive career in industry and government in national defense, including progressive responsibilities and experience in military operations, advanced technologies, system development, engineering leadership, and program management. He is a recognized expert in advanced sensors, weapons, and electronic warfare for space, air, and ground capabilities.

Faist was a chief engineer for the Northrop Grumman and Harris Corporations. He held senior executive positions at Schafer Corporation, Trident Systems Incorporated, and System Planning Corporation. Prior to his work in the industry, he served in the United States Air Force as a Weapons Systems Officer and an Electronic Warfare Officer in the F-4D/E Phantom II fighter aircraft.

Jim earned a Bachelor of Science in Electrical Engineering from Virginia Military Institute in Lexington, Virginia, and a Master of Science in Electrical Engineering from Cornell University in Ithaca, New York, with emphasis on microwave and power systems. During his career he received numerous performance awards and honors from the U.S. Air Force, academia, and industry.

10:30 AM Efforts to Maintain US Dominance in the Electromagnetic Spectrum

Check out the incredible speaker line-up to see who will be joining James A..