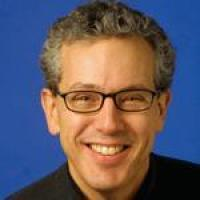 Dr. Jeffrey Krolik joined DARPA in December 2014 as a Program Manager in the Strategic Technology Office. His interests include physics-based signal and sensor array processing with applications to radio frequency (RF) and acoustic surveillance systems.

Dr. Krolik is currently on leave from Duke University in Durham, North Carolina, where he is Professor of Electrical and Computer Engineering. At Duke, he led funded research programs in passive and active sonar; wide-area, over-the-horizon high-frequency radar; microwave remote sensing; and RF backscatter communications. In 2008, he founded STRAD Corporation whose mission is to transition radar and sonar signal processing research into systems for government and commercial applications. Prior to joining Duke in 1992, he held academic positions at the Marine Physical Laboratory of the Scripps Institution of Oceanography, University of California, San Diego, and Concordia University in Montreal, Canada.

Dr. Krolik received his B.A.Sc. in Engineering Science and M.S. and Ph.D. degrees in Electrical Engineering from the University of Toronto, Toronto, Canada

Check out the incredible speaker line-up to see who will be joining Dr. Jeffrey.