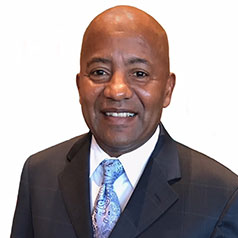 Ferrell retired from the United States Army in March 2017, following 38 years of distinguished service. Ferrell commanded at every level from platoon to Army major subordinate command, in addition to traditional company and field grade assignments. Immediately prior to his retirement, Ferrell served as the Army CIO, reporting directly to the Secretary of the Army, setting strategic direction and objectives for the Army network, and supervising all Army C4 (command, control, communications, and computers) and IT functions.

“Bob is a visionary leader, who has led communications and IT missions in both peace and wartime,” said Bryan Thomas, vice president of Federal Sales, WWT. “He will play a pivotal role as a member of our Federal leadership team, enhancing our culture of innovation, execution, and trust.”

Technology advancements, rapidly emerging technologies, and globalization continually alter the demands placed on Federal IT infrastructure, making purchase decisions complex. Whether it’s cybersecurity, cloud, big data or “as a service” initiatives, the government has a unique set of needs from contracts to deployment that WWT can help address.

“As the government looks to take advantage of new technologies, as well as regulate them, it increasingly needs a technology partner that understands the demands and nuances of Federal IT,” said Ferrell. “I’m excited to help drive WWT’s efforts in the Public Sector as we focus on meeting customers’ unique needs with solutions designed specifically for them.”

WWT helps its government customers make smart IT decisions, enabling agencies to save money, improve efficiency and effectiveness of their operations, and provide enhanced security. WWT has nearly 20 years of experience helping agencies innovate through automation of manual processes, consolidation of redundant systems, optimization of applications and resources, and enabling collaboration through unified communications.

13:00 Network Design, Deployment, and Support from Enterprise to Tactical Edge

Listen to industry experts discuss key factors and experiences in designing, deploying and supporting mission capabilities from the Enterprise to the Tactical Edge in a secure, resilient architecture

Check out the incredible speaker line-up to see who will be joining LTG Robert.