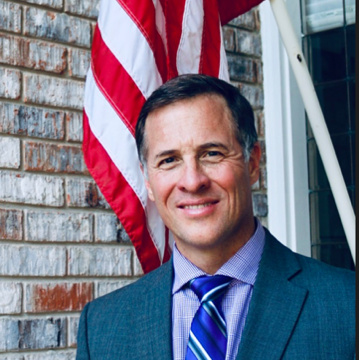 Neil is a proud USAF veteran of 27 years and continues to serve in the defense industry.  He founded his consulting firm directly after retirement in 2017 to provide leadership and performance excellence coaching in the defense and energy sectors.  He recently joined SAIC as Senior Director, Training Strategy and Solutions for USAF/DoD accounts in the National Security Group.

During his military career, Neil flew the F-15E, T-6A and T-1 aircraft in operational, training, and test roles as a Weapons System Officer.  Neil’s instructor duties included F-15E Formal Training Unit, USAF Weapons School, and Combat Systems Officer training.  He commanded at multiple levels, including the 336th Fighter Squadron and the 479th Flying Training Group at NAS Pensacola.  He served on headquarter staffs in Seoul, Korea and Stuttgart, Germany.  He also led the Office of Defense Cooperation in London as the senior US Security Assistance representative to the UK.

Neil earned his Bachelor of Science in Mechanical Engineering from the University of Texas at Austin (’89) and Master’s in Business Administration from the University of Phoenix (’96).  He holds three additional master’s degrees in military operational art and national strategy from Air Command and Staff College and the School of Advanced Air and Space Studies, Air University, Maxwell AFB, Alabama and from National War College, Fort McNair, Washington, DC.

He and his wife, Debbe Jo, live in San Antonio, Texas and enjoy when their three adult children (Taylor-28, Zachary-24, Hannah-18) visit home

Innovation indeed!  SAIC is a leading industry partner seeking ways to do it better, stronger, faster and cheaper.  We will start with a perspective on Innovation in the information age to include five key considerations to scaling innovation to ensure that eureka discovery finds its target: the Warfighter.  We will also share a few of the ways SAIC has contributed to training in the information age with the USAF and the US Army.

Check out the incredible speaker line-up to see who will be joining Neil.