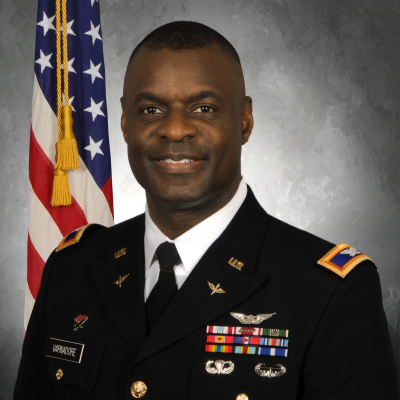 Colonel Varnadore’s career encompasses a broad range of duties within Army Aviation and Acquisition.  In 1994, he was assigned to the 101st Airborne Division (Air Assault) as an Air Assault Platoon Leader, EH-60 Quickfix Platoon Leader, and Assistant S-3 Operations Officer.  He was later assigned to the 12th Aviation Brigade in Wiesbaden, Germany, where he served as the Brigade S-3 Operations Officer prior to assuming Command of Alpha Company, 5-158th Aviation Regiment.

He is a rated Aviator in the UH-1 Huey, UH-60A/L Blackhawk, and EH-60 Quickfix Helicopter.

The Project Manager Integrated Training Environment (PM ITE) provides relevant integrated modeling and simulation capabilities to achieve Army readiness. It converges virtual, constructive and gaming products into one organizational structure to ensure maximum benefits are derived from their blended capabilities in concert with live training. This session will place a strong focus on PM ITE's applicability of M&S capabilities in the aviation training space, and what lessons can be learned for future training strategies.

Check out the incredible speaker line-up to see who will be joining Colonel Marcus L..