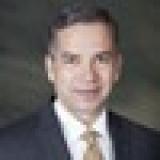 Colonel (R) Art Loureiro is from Hartford, Connecticut.  He was commissioned as a Second Lieutenant of infantry upon his graduation in 1989 from the University of Connecticut, Storrs, Connecticut.

Colonel (R) Loureiro transitioned from the Infantry and was selected as an Army Strategist.  As an Army Strategist, Colonel (R) Loureiro has served as the Director of Plans and Policy at the Center for Strategic Leadership, United States Army War College; Chief of Force Structure, Chief of Campaign Plans, Chief of Strategy and Policy, and Chief of Plans at the North American Aerospace Defense Command (NORAD) and United States Northern Command (USNORTHCOM); and, Chief of Plans of the Army Space and Missile Defense Command / Army Strategic Command (SMDC/ARSTRAT).  Colonel (R) Loureiro retired from the United States Army in 2015 and currently resides in Monument, Colorado where he continues to be involved in national security issues.
His military education includes the Infantry Officer’s Basic and Advance Course, United States Infantry School, Fort Benning, Georgia; Army Command and General Staff College, Fort Leavenworth, Kansas; the Italian Joint Command and Staff College, Rome, Italy; Basic Strategic Arts Program, Carlisle Barracks, Pennsylvania; Space Operations and Integration Courses (200 & 300); and, the Army Cyber Operations Planners Course.
He holds a Bachelors Degree in Political Science from the University of Connecticut and a Master’s Degree in National Security Affairs from the Naval Postgraduate School.

Check out the incredible speaker line-up to see who will be joining Art.