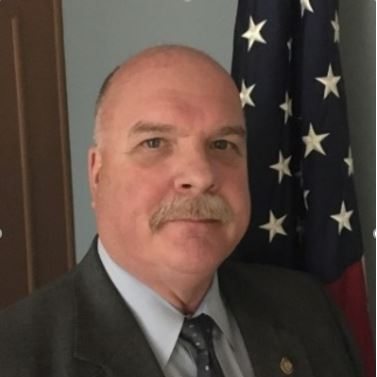 Don was born in Arlington, Virginia. He received a Bachelor of Arts Degree in Administration of Criminal Justice Systems from Alvernia College, Reading, Pennsylvania in 1977. He received his Master of Science Degree in Criminal Justice from Virginia Commonwealth University, Richmond, Virginia in 1995. He is a member of Alpha Phi Sigma, The National Criminal Justice Honor Society. Don serves as the Chief of the DHS Special Events Program which is the sole federal entity that coordinates the identification, risk assessment, information sharing, and support for domestic and international special events. The Program is responsible for special event: Information Collection; Risk Assessment; Interagency Information Sharing; and Coordination. In this capacity he has served as the DHS lead for every Super Bowl since 2010 and has represented the Department internationally, as a subject matter expert, on counter-terrorism, special event risk, and security. Under his leadership the Special Events Program has evolved to be a preeminent example of interagency collaboration and information sharing. Prior to joining DHS Don served the Manassas City Virginia Police Department, a nationally accredited law enforcement agency, for nearly thirty years, retiring as Deputy Chief of Police, and Coordinator of Homeland Security and Emergency Management for the City of Manassas. He is a graduate of the 156th Session of the Federal Bureau of Investigation National Academy (FBINA), the FBI Law Enforcement Executive Development School (LEEDS), and the Drug Enforcement Administration’s Drug Unit Commanders School. Don is an internationally published author. He has conducted significant research on the fear of crime as impacted by community policing efforts. In 2002 Don was nominated by members of the community for the ITT / IACP Community Policing Officer of the Year Award. He was decorated three times by the Manassas City Police – twice for valor and once for honorable service (lifesaving). During his service he served in or commanded every component of the Department including Criminal Investigations, Patrol Operations, and Administrative Services. In addition to his work with the Manassas City Police Department, Don was an Adjunct Professor of Criminal Justice at George Mason University for ten years and has been recognized as Administration of Justice Adjunct Professor of the Year. In his work at George Mason University he taught Criminal Justice Management/Leadership, Community Policing, and several topics driven courses. He frequently presents as a subject matter expert on special event security, coordination, and planning.

Check out the incredible speaker line-up to see who will be joining Donald M..