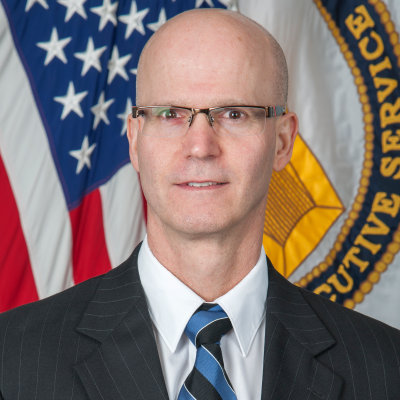 Mr. Robert Miele was appointed to the ATEC Executive Technical Director/Deputy to the Commander position on 29 May 2016. In this capacity he oversees the technical execution of all ATEC test plans and reports, as well as the command’s evaluation strategy and analyses. He is also responsible for integrating the command’s instrumentation, policy, modeling and simulation, and continuous business improvement projects.

He is responsible for ensuring that Army and OSD senior leaders have the essential information required before weapons and equipment are placed into the hands of Soldiers and throughout the lifecycle of those systems. He directs the test and evaluation for over 400 weapons programs through a 9000 person workforce and a $2B budget.

Mr. Miele served as the Chief, Combat Support Analysis Division (CSAD) at the U.S. Army Materiel Systems Analysis Activity (AMSAA). His duties included leading a Division of over 90 engineers and analysts in the conduct of research and application of methodologies for analysis of performance and effectiveness of command, control, communications, computers, intelligence, surveillance, reconnaissance, mobility power and operational energy and CBRN systems. Mr. Miele also served in the SES position as the Acting Technical Director of AMSAA from November 2012 through July 2013. Mr. Miele served as the Acting Technical Director for the U.S. Army Developmental Test Command (DTC) from May 2010-June 2011. He was responsible for planning, executing, and reporting on Army and Department of Defense developmental tests supporting more than 300 weapons programs annually. Mr. Miele was assigned as the acting SES for the Director of Test Management within DTC from July 2008 – May 2010, in this capacity he was responsible for the headquarters level coordination and management of all Army Developmental test.

Mr. Miele entered civil service in 1989 as an Army Materiel Command (AMC) Army Engineering intern. During this time, he completed studies at the School of Engineering and Logistics, and Texas A&M University. He worked in positions of increasing responsibility at AMSAA in multiple assignments from Team Leader, to Chief, Chemical Demilitarization Office, and Chief, Maneuver Systems Branch. In addition to his Bachelor of Science degree in Electrical Engineering from Widener University, Mr. Miele holds a Master of Science in National Resource Strategy, from the Industrial College of the Armed Forces, and a Master of Science in Applied Mathematics, from Johns Hopkins University. He is a graduate of the Logistics Acquisition Management Program (LOGAMP); Defense Leadership and Management Program (DLAMP) as well as the Army Management Staff College.

Mr. Miele is Certified Level III Acquisition Corps in both Test and Evaluation and Systems Planning, Research, Development, and Engineering. In addition, he has completed the Senior Acquisition Course requirements from the Defense Acquisition University. He is the recipient of numerous service and performance awards including two Wilbur Payne Awards, Achievement Medals for Civilian Service, the Superior Civilian Service Award, Baltimore Federal Executive Awards Supervisor of the Year, and the Meritorious Achievement Award.

9:45 AM Testing Weapon Systems on Current and Future Ground Combat

Check out the incredible speaker line-up to see who will be joining Dr. Robert.