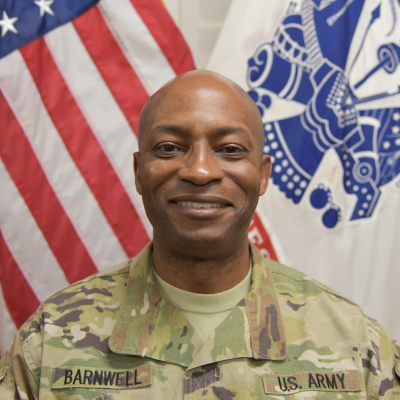 Colonel Christopher M. Barnwell was commissioned a Distinguished Military Graduate and Aviation officer through Army ROTC at Hampton University, where he earned a bachelor’s degree in Business Administration in June 1993.

·· Historical lessons and examples
·· Harnessing S&T efforts in the future

Check out the incredible speaker line-up to see who will be joining Colonel Christopher.