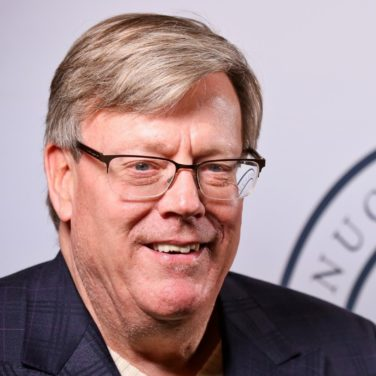 Peter Huessy is the Director of Strategic Deterrence Studies where he annually hosts over 40 Congressional Breakfast Seminars on Space, Nuclear Deterrence, Proliferation, Missile Defense and Defense Policy, as well as providing expertise to the USAF and industry on their two key nuclear elements of the Triad, the land based ICBMs and the Strategic Bombers. Mr. Huessy also hosts on behalf of the Mitchell Institute and AFA two nuclear Triad symposiums each year, one in Washington, D.C. and the other at a US nuclear related military base. Two are planned in 2016 at the Bangor, Washington, Trident Navy submarine base on March 10-11 and in Washington, D.C. in September. Mr. Huessy serves as an expert defense and national security analyst, helping to analyze congressional activities, while monitoring defense budget and defense policy developments on terrorism, counter-terrorism, immigration, energy policy, state-sponsored terrorism, missile defense, especially US-Israeli joint defense efforts, nuclear deterrence, arms control, proliferation, as well as tactical and strategic air, airlift, space and nuclear matters and such state and non-state actors as North Korea, China, Iran, Syria, Venezuela and Hezbollah, Hamas and Al Qaeda. This also includes monitoring activities of think tanks, non-governmental organizations, and other US government departments, as well as projecting future actions of Congress in this area. His specialty is developing and implementing public policy campaigns to secure support for important national security objectives. Since 1983, Mr. Huessy has hosted 1250 Congressional breakfast, lunch and dinner seminars on Capitol Hill dealing with missile defense, strategic nuclear modernization, strategic airlift, strategic bombers, space, proliferation, arms control, homeland, port and maritime security and defense policy as well as the security of Israel, the Republic of Korea, Taiwan and other US allies. Prominent speakers featured each year include Uzi Rubin, formerly of the Israeli Defense Ministry, as well as top officials in the USAF, Navy, and Department of Defense, members of the Senate and House, as well as top national security professionals who specialize in these areas . Mr. Huessy has lectured at various professional schools and institutions in the DC area including Johns Hopkins SAIS, the Naval Academy, the US War College, the Joint Military Intelligence College, the Institute of World Politics and Georgetown University. For many years he wrote op-eds for the Washington Times under the direction of Tony Blankley. He now writes also for a number of additional publications including the Gatestone Institute, Big Peace, Family Security Matters, Human Events, National Review, Fox News and Frontiers of Freedom. He has written extensively on the subject of Iran’s state sponsorship of terrorism and the threats to Israel and the United States. He has written for the JINSA Journal of International Security Affairs as well as InFocus and the ROA Monthly magazine. He has testified before Congressional Committees and has extensive knowledge of Congress and the Executive Branch of the US Government.

14:30 Leveraging DE as a Potential Missile Defense and Deterrence Technology

As the role of directed energy weapons and systems continues to evolve across the Force in terms of utilization and operationalization, one factor of interest has been the role of deterrence.

Check out the incredible speaker line-up to see who will be joining Peter.