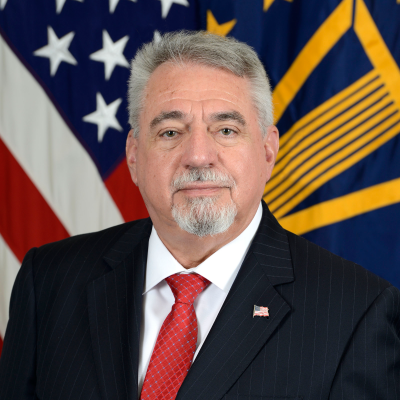 Dr. Thomas Karr is the Assistant Director, Directed Energy in the Office of the Undersecretary of Defense (Research and Engineering). His responsibilities cover all Directed Energy research and development in the Department of Defense. He has four decades of experience in the application of science to national security. Prior to joining OUSD(R&E) he was a DARPA program manager for six years, where he created new programs for kinetic and non-kinetic effects, communication, information processing and exploitation, and intelligence, surveillance, and reconnaissance. He was the Director of EO/IR Technology at Raytheon Space and Airborne Systems and at Northrop Grumman, and was a Group Leader, Program Leader and senior scientist at Lawrence Livermore National Laboratory for twelve years. He also co-founded a commercial space company, and consulted for many companies in the national security industry. He earned his A.B. cum laude in Physics from Princeton, his Ph.D. in Physics from the University of Maryland, and was a Joliot-Curie Fellow of the Atomic Energy Commission of France. He has published over 50 scientific papers, serves on the Organizing Committees of three scientific conferences, holds three patents, and he is a Fellow of the Military Sensing Symposia (MSS), the Society of Photo-Optical Instrumentation Engineers (SPIE), and the Optical Society of America (OSA).

Check out the incredible speaker line-up to see who will be joining Dr. Thomas J..