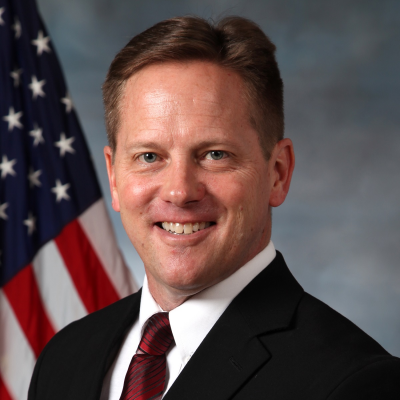 Dr. Kelly D. Hammett, a member of the Senior Executive Service, is Director, Directed Energy Directorate, Air Force Research Laboratory, Kirtland Air Force Base, N.M. Dr. Hammett leads the Air Force's center of expertise for directed energy technology, developing and transitioning research technologies into military systems. The directorate provides pervasive, world-class directed energy and imaging research technol-ogies for users across the Air Force and the Department of Defense. He is responsible for more than 960 military and civilian scientists, engineers, contractors, and support people and an annual budget exceeding $267 million. He manages numerous state-of-the-art research laboratories and testing structures at Kirtland AFB, and several unique facilities, which include the Starfire Optical Range at Kirtland AFB; a testing site at the U.S. Army's White Sands Missile Range, N.M; and the Air Force Maui Optical and Supercomputing Site in Hawaii. Dr. Hammett entered the Air Force as a second lieutenant in 1988, receiving his commission through the Reserve Officer Training Corps program at the University of Oklahoma, Norman, OK. His 20 year active duty career spanned a variety of positions mainly focused on directed energy weapon system technology development and acquisition, and culminated while serving as the Director of Engineering for the $7 billion Airborne Laser Program, with his retirement at the grade of Lieutenant Colonel. He began his civilian career at Kirtland AFB, N.M., where he served as Chief Engineer for the Directed Energy Directorate’s Optics Division. In this position, he was the division’s authority for system engineering practices, provided technical oversight across a $100 million per year portfolio of optical sites/systems, and oversaw comprehensive modernization and upgrade programs for the Starfire Optical Range and the Maui Space Surveillance System. Dr. Hammett went on to serve as the Directed Energy Directorate’s Chief Engineer, where he led all engineering and program management activities for the directorate, providing key technical oversight of 30+ science and technology programs valued at over $300 million. He was appointed to the Senior Executive Service in 2016. Dr. Hammett has published more than 14 technical papers in national and international journals and conference proceedings, and has been directly responsible for the development and flight test of more than ten first-of-their-kind, world record-setting directed energy technologies. He is a member of the Acquisition Corps, having held multiple Critical Acquisition Positions over the last 12 years. He is also a level three Space Professional, and has commanded an operational space surveillance detachment. Throughout his career he has led more than 30 successful field demonstrations of optical and directed energy technologies for space surveillance, missile defense, force protection, air superiority, and global precision attack mission needs.

Our keynote speaker, Dr. Kelly Hammett, head of the Directed Energy Directorate at the Air Force Research Laboratory, was recently quoted as saying, “For my entire career we have been working on directed energy. We’re finally at the point at which we’re going to see systems that will make a more substantive difference on the battlefield.” Recent developments have spurred excitement across the Force, and Dr. Hammett will provide a thorough review of AFRL’s ongoing efforts.

Check out the incredible speaker line-up to see who will be joining Dr. Kelly D..