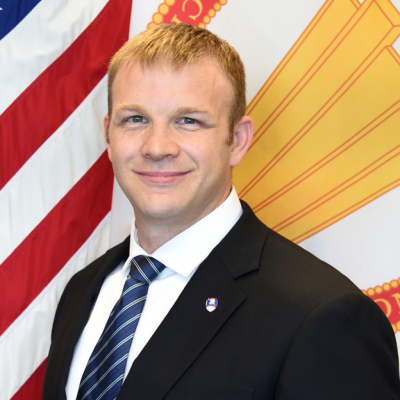 Dr. Craig A. Robin is Director of the Directed Energy Project Office within the Army Rapid Capabilities and Critical Technologies Office (RCCTO), Redstone Arsenal, Ala. He assumed duties in April 2019. In this position, Dr. Robin is responsible for oversight and execution of research, development, prototyping, test, evaluation, procurement and fielding of Army directed energy technologies and capabilities that address near-term and mid-term threats, consistent with the Army’s modernization priorities. Appointed as a Senior Scientific Professional (ST) in August 2017, Dr. Robin served as Senior Research Scientist (Directed Applications), Technical Center, United States Army Space and Missile Defense Command/Army Forces Strategic Command. In this role, Dr. Robin was responsible for the overview, execution, and coordination of programs in basic research, exploratory development, advanced development, and system integration in the technological and functional areas of directed energy weapons necessary to advance the pioneering development of revolutionary military systems and equipment. Dr. Robin previously worked with Lockheed Martin Laser and Sensor Systems in Bothell, Wash. as a Research Scientist from October of 2013 to August of 2017. Prior to that, Dr. Robin spent 10 years, from 2003 to 2013, as a Research Physicist and graduate student with the Air Force Research Laboratory in Albuquerque, N.M. Dr. Robin holds a Bachelor's degree in Physics from Pacific University in Forest Grove, Ore.; a Master's degree in Electrical Engineering from the University of New Mexico in Albuquerque, N.M.; and a Ph.D. in Electrical Engineering from the University of New Mexico. Dr. Robin is a member of the Directed Energy Professional Society, the Optical Society of America, the International Society for Optics and Photonics, and the Association of the United States Army.

High energy lasers engage at the speed of light and provide multiple vectors to respond to constantly evolving threats, as they reduce the logistics trail associated with conventional kinetic weapon systems. For these efforts and more, the Army is executing a new path forward for delivering new weapons from laboratories to combat units to enable training, theater operations, and continuous feedback.

Check out the incredible speaker line-up to see who will be joining Craig.