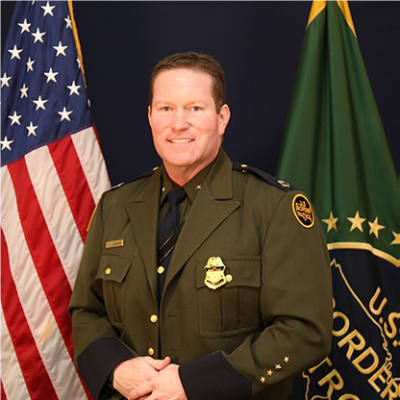 Carl E. Landrum is the Deputy Chief Patrol Agent (DCPA) of the Yuma Sector – U.S. Border Patrol (USBP). Through a staff of uniformed and civilian personnel, he plans, implements, and directs all facets of the sector-wide enforcement programs. Deputy Landrum develops and implements sector-wide policies and guidance within broad Headquarters and regional-level program objectives. He also recently he served as Chief of Staff of the McChrystal Group, where he was the first-ever Department of Homeland Security (DHS) Senior Executive Service (SES) Candidate

Throughout his 25+ year career, Deputy Chief Landrum has built a body of experience in border security and law enforcement, policy development, national security policy, the study of war, homeland security and the strategy development construct. He has developed near, and mid-term plans and programs to support the strategic direction of the President of the United States, Secretary of Homeland Security, and Commissioner of Customs and Border Protection, examining U.S. interests and policies from geopolitical perspectives, focusing the use of national power, border security, strategy development, and campaign planning on national defense and continental security.

Carl E. Landrum is a native of Victoria, Texas. He resides in Yuma, Arizona.

Check out the incredible speaker line-up to see who will be joining Carl.