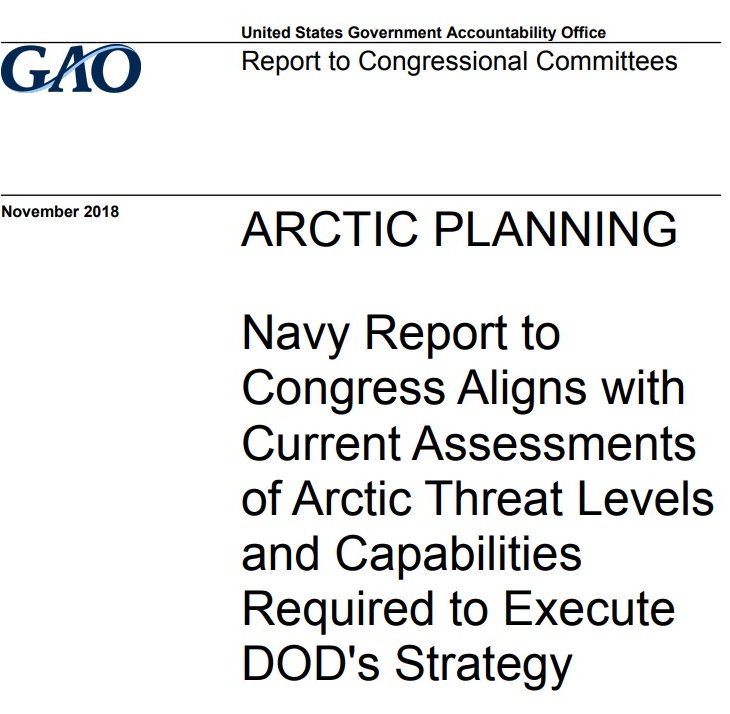 GAO reviewed the Navy’s June 2018 Arctic assessment and found that it aligns with Department of Defense (DOD) assessments that the Arctic is at low risk for conflict and that DOD has the capabilities to execute the 2016 DOD Arctic Strategy. The June 2018 report also aligns with assessments of Arctic capabilities and gaps in the Navy’s 2014 roadmap for implementing the strategy. The June 2018 report states that the Navy can execute the strategy with subsurface, aviation, and surface assets. The report notes the significant limitations for operating surface ships in the Arctic, but states that the Navy has the capabilities required for executing the strategy, and so has no plan to design ice-hardened surface ships. In addition, DOD officials stated that the United States has options other than Navy surface ships for demonstrating the U.S. right to operate in the Arctic, including using Coast Guard vessels, Navy submarines, or military aircraft.