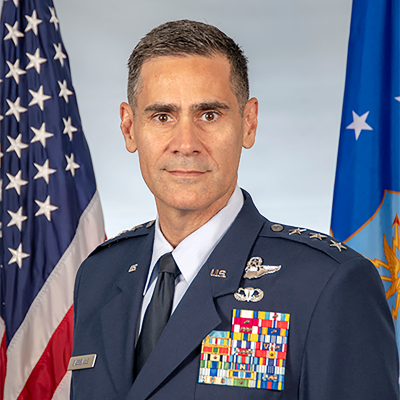 Lt. Gen. Sasseville graduated from the U.S. Air Force Academy in 1985 with a Bachelor of Science degree in international affairs. Following pilot and aircraft training, he served in various operational units in U.S. Air Forces Europe, Tactical Air Command/Air Combat Command and Pacific Air Forces. After his last active duty assignment, he joined the District of Columbia Air National Guard. He has held squadron, group and wing command positions. He also served as the Senior Defense Official and Defense Attaché to Turkey.

Prior to assuming his current assignment, Lt. Gen. Sasseville was the Deputy Director, Air National Guard, the Pentagon, Arlington, Virginia.

Check out the incredible speaker line-up to see who will be joining Lt. Gen. Marc H..