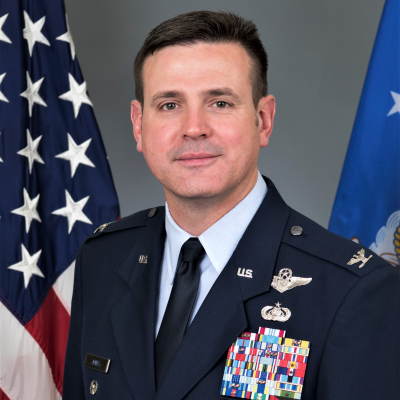 Colonel Jones is the Division Chief, Joint Integrated Air & Missile Defense Organization (JIAMDO) on the Joint Staff, J-8, aligned under the Deputy Director for Force Protection. He is responsible to support the Chairman, Joint Chiefs of Staff, through the Director J-8, by coordinating development of Air & Missile Defense capabilities. JIAMDO facilitates collaboration between the Services, Combatant Commands, & agencies to identify existing & emerging innovative capabilities. They do this while fostering integration through support to simulations, technology demonstrations, & research, development, test & evaluation projects.

Check out the incredible speaker line-up to see who will be joining Colonel Charles.